There has been a lot of discussion in the guitar community lately about the future of tube amps. Or, valve amps as we call them in the UK.

Some herald the new wave of digital modellers and profilers as the future for all guitarists.

While others remain steadfast in the view that tube amps are the only way to go.

But, is the tube amp vs modeller debate so cut and dry? No, it just isn’t.

Tube amplifiers aren’t the best choice for every situation. For example, in live performance situations, some players go down the route of a digital unit like a Kemper or AxeFX with a solid state power amp.

Others go down the route of doing away with the power amp and going straight into the P.A. system.

And, there are those who believe the tube amp is a dying breed.

I own a Kemper, and I have done for a few years now. There’s a lot of hype surrounding this digital profiler, and others like the AxeFX.

But which would I rather play through?

I’d prefer any and I mean ANY tube amp to a digital profiler.

The real thing is far more enjoyable to play through – from the beautiful tube saturation to the way it responds to your playing.

So, for home and studio situations – there’s no beating a good old tube amp, in my opinion.

After all, these modelers aren’t trying to do their own thing. They’re trying to replicate the sound of a technology that has already been perfected.

I’ve been occasionally dipping my toes into the digital modelling waters for over 16 years and there’s always the promise of “this new modeller sounds the best yet.”

Then, soon after something else that sounds microscopically better is released and the second-hand value of the old units drop like a brick.

Even now, who would want an AxeFX 1 when the AxeFX 3 is out?

And, I’m kicking myself for getting a rack mounted Kemper now there is pedal board version available.

Old tube amps? They’re highly sought after and not just for the sake of nostalgia.

In the early 2000’s I owned a Marshall Valvestate. It wasn’t full tube (only 1 tube in the preamp section) but I enjoyed the tone and I’d genuinely want to own one again in the future.

What about that Zoom 505 I had around the same time? The only plausible reason I’d have for owning one again would be to film a video about how terrible it sounded.

Now, it’s important to mention how well these amps and modellers hold their value.

All of my tube amps maintain their value and have proven to be a better long-term investment than throwing money away with digital modellers.

After all, they’re not an imitation – they’re the real deal and no improvements need to be made to the tone.

Whether you choose a tube amp, solid-state amp, a digital modeller, or a fully digital amplifier – tube amps are less convenient but they hold their value, and they sound like the real thing, because they are.

But, this doesn’t mean tube amps are the best choice for you and your situation. If you want plenty of tonal variety and don’t have the budget or space for a bunch of tube amps – something like a Kemper might be ideal. Similarly, for live use, they’re far more convenient.

This is my opinion but it’s your opinion that really matters.

Hey, I’m Adam, a guitarist and writer from the UK. Some say I have way too many guitars. But, the truth is I need just one more. And maybe another after that… 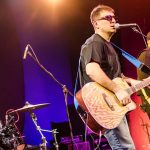 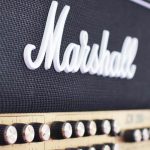 Next story :What To Consider When Buying Your First Tube Amplifier

There are so many guitar amps on the market today. And each year more are launched. So, which should you choose? In this post, I’m going to review 6 great amps for playing the blues. Now, to be clear – this isn’t a “best of” list, but it is a list of amps I’ve tested

Want a new guitar amp that’s suitable for heavy riffing, and high gain lead tones? Or maybe you want an amp that can do a bit of everything, but has more gain than you’ll ever need? If the answer is yes to either of those questions – you’re in the right place! In this post,

You can play metal on almost any guitar but it makes a big difference when a guitar is built with metal in mind. So, if you’re looking for a purpose built shred-machine, or a guitar for playing savage metal riffs – you’re in the right place. In this post, I’ll be reviewing a number of

Buying Used Guitars: What I Learned From Buying 6 Guitars From 4 Different Online Retailers

Buying pre-owned guitars online is always a risk but if you want to get the best choice and price, it’s almost a necessity. And over the years, I’ve bought and traded a bunch of used guitars. Most of these used guitars were purchased online from retailers, or professional sellers. In this post,

After I got my hands on a Supro Coronado, I was hooked and fell in love with the vintage-inspired tone. But there was one thing missing – true tube-driven spring reverb. So, for a while now, I’ve been on the lookout for another Supro amp with built-in reverb. That’s when I found the 1605RH

Are you looking for an extended range guitar? Maybe you want a 7 string so you can go lower without changing tunings, or maybe you just want a 6 string guitar factory setup for super low tunings? Let’s face it – some guitars just aren’t built for low tunings. So, today, we’re looking at

Want a guitar amp that’s great for playing rock? If so, you’re in the right place. In this post, I’m going to share quick reviews of 8 guitar amps that could just be your ideal first (or next) amp. For the most part, this is a list of tube amps (or valve amps as we

While you could play the blues on almost any guitar, there are certain guitars that just feel at home when you start playing those SRV or Clapton licks. So, if you’re looking for a new purpose-built axe for playing the blues – this article is for you. Below, I’ll be reviewing a bunch of gu