Apple Music is the second-biggest music streaming service in the market. And the way things are going for them, the platform is only bound to get bigger.

If you’re looking to learn more about Apple Music subscription or just want to get a better sense of where the Apple Music app or the digital music industry in general are headed in the next decade, you’re in luck.

We’ve compiled some of the most recent Apple Music statistics and facts that will help you understand its full potential.

Here are the most recent Apple Music statistics you need to know.

How many subscribers does Apple Music have? And is Apple Music getting any bigger or has Apple Music listening stagnated given how many competitors it has today?

These statistics will give you an idea of whether Apple Music is getting new subscribers or not.

Is Apple Music the biggest music streaming platform out there? While it’s doing quite well, the answer to that question is no.

A Midia Research article explains why. It released its data on the global streaming music subscription market for the second quarter of 2021.

Spotify has a 31% market share while Apple Music is only at 15%. Amazon Music and Tencent Music are tied in third place at 13%.

How many Apple Music users are out there? The Wall Street Journal has an answer.

And as you’ll find out later on, that figure has gone up.

The latest Apple data shows that there are, as of June 2021, millions more who have subscribed and listened to Apple Music since June 2019.

Statista reports that Apple Music now has 78 million users. And by the looks of it, there are no signs of Apple Music slowing down anytime soon. Apple Music listening history tells us that the company will continue to thrive.

Apple Music is continuing to grow every year. Since October 2015, the service only grew its subscribers with the biggest boom coming in December 2017 where its subscribers grew by 7 million from the previous year.

So if you think that Apple Music is slowing down because of fierce competition from Spotify, that is certainly not the case. Its number of users is still climbing.

There’s no question that people use and listen to Apple Music. But how much is Apple earning from this service? How is it making money? And how much does it have to pay its artists and labels?

The following Apple Music stats and facts will answer these questions.

Unfortunately, it is hard to get an exact figure from Apple regarding its earnings. But that hasn’t stopped the Business of Apps from trying.

According to a report by Business of Apps, Apple Music earned $4.1 billion in 2020. It should be noted though that this is an estimate based on total global streaming revenue, how much market share Apple Music has, and how it compares to Spotify.

In 2016, Apple Music only had $0.6 billion in revenue. What makes Apple Music so impressive is that it managed to get to $4.1 billion in just 4 years. Impressive, right?

However, Business of Apps puts Apple Music behind Spotify in terms of users.

Music streaming subscribers (of all platforms) are starting to demand transparency regarding how much these platforms pay their artists. And Apple finally gave an idea of how much artists can earn from streams.

The Wall Street Journal confirmed that Apple Music is paying artists one penny per stream. This was revealed through a letter that Apple sent to labels and publishers. In comparison, Spotify—Apple Music’s main competitor—only pays one-third to one-half of a penny.

So while a penny might sound low to some people, Apple Music actually pays more than its business rival, Spotify.

6. Apple One bundles Apple Music with other Apple services.

In 2020, Apple finally bundled together some of its services including Apple Music. The collection is called Apple One and it has three plans: Individual, Family, and Premier.

The Premier plan has everything the Individual plan offers but you’ll get 2 TB of iCloud storage. It also comes with Apple News Plus and Apple Fitness Plus. It costs $29.95 per month.

Apple is finding ways to make Apple Music more accessible to people. It expanded to include more countries than ever before.

It also introduced Apple Radio and a 24-hour music video streaming channel to entice more users to use the platform. And it even launched Apple Music Lossless which serves Apple users CD-quality music.

These are some of the ways Apple is making Apple Music better for its users.

7. Apple Music and other services were expanded to include more countries.

Apple announced in 2020 that the company is making Apple Music available in 52 more countries. On top of that, Apple also expanded its other services (App Store, Apple Arcade, Apple Podcasts, and iCloud) to 20 more countries.

Apple Music is now available in the following countries:

8. Apple Music is putting some focus on live radio.

Who uses radio anymore, right? Well, Apple still believes in the medium. So it launched a new way for its users to experience radio.

Despite the disregard Gen Z users have for AM/FM radio, Apple Music is still investing in it with its relaunch of Beats 1 Radio — this time calling it Apple Music 1 which will exist under Apple Music Radio.

So why go through all this effort, especially at a time when on-demand streaming exists?

Apple believes that prioritizing the human component of live radio and mixing it with its algorithmic playlists and charts will make Apple Music even stronger as a platform.

Bringing context behind songs could bring fans closer to the artists. This is a concept that works for Instagram Live and TikTok. And Apple is hoping it could work for them as well.

9. Apple boosts Neil Young after he pulled out of Spotify.

Who said Apple doesn’t have a sense of humor? In light of the recent fallout between Neil Young and representatives from Spotify, Apple Music made moves to promote the legendary singer on its platform.

After Neil Young asked Spotify to pull all his music off the platform in protest of Joe Rogan and his opinions on Covid-19, Apple went out of its way to promote Neil on Apple Music.

Apple Music also labeled itself as the home of Neil Young in a tweet. And it later set up its homepage to promote Neil’s latest album.

Apple Music recently had a huge upgrade. It introduced Apple Music Lossless, a service that plays CD-quality, high-resolution audio. Using it will result in a more immersive audio playback, making music consumption a better experience for its users.

But there’s a problem:

While this is available to Apple Music customers at no extra cost, this is not something that every Apple headphone can support. Even if you bought an AirPods Max, you won’t be able to enjoy lossless audio.

So people who want to experience Apple’s lossless music, you better make sure that you have access to headphones that can give it to you.

Apple Music just launched its own version of MTV.

Apple Music now has a channel specifically for playing music videos of the most popular songs and artists. It has countdowns, special blocks, interviews, and other specials.

The channel livestreams 24 hours a day so you can’t even imagine how many songs get played every day. An Apple representative puts it as Apple Music Radio but for videos.

The programming will include exclusive music videos, premieres, curated music video blocks, and live shows and events. It’s a huge plus for an Apple Music subscriber.

That wraps up our look at Apple Music’s usage, revenue, and trends.

Given the popularity of Apple Music, it’s a platform that shouldn’t be ignored. It’s also a good alternative to Spotify, given that it generally pays a bit more per stream.

However, for most artists, it will make sense to distribute music to multiple streaming platforms. This will ensure that you can reach as many people as possible.

If you’re curious to dig into more statistics, check out these posts:

And if you’d like to sell your own music, be sure to check out our guide to selling music online. 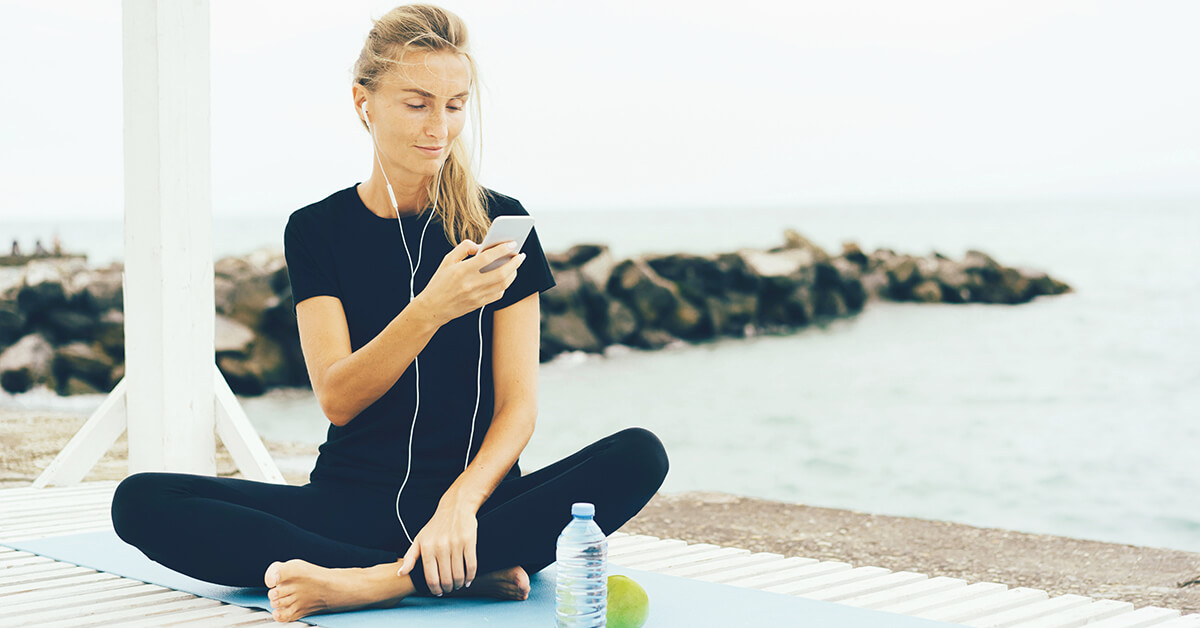